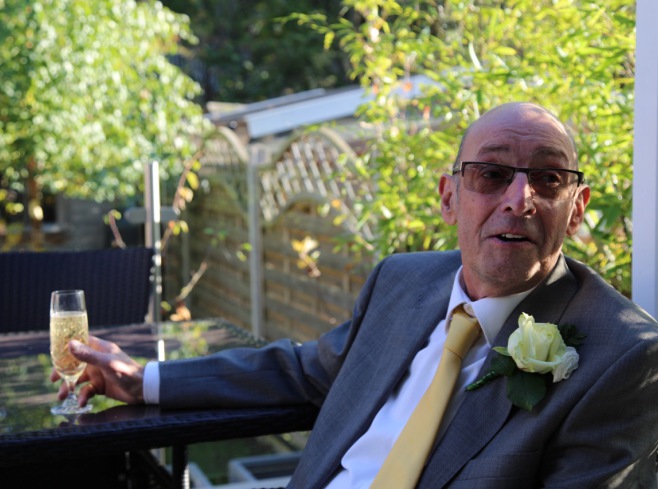 [Who was Blair Wilson?]

In March 2012, 25-year-old Oscar Castellino became the recipient of the Blair Wilson Award. Oscar, with a rich baritone voice, grew up in Mussorrie, a hill station in India, and is now in his first year of studying Voice at the Royal College of Music, through which this Award is made.

His introduction to music was in church, but as Oscar recalls: "Education in music in India, especially in Western Classical Music, is hard to come by or expensive." So while he continued singing with an amateur choir - including as a soloist and particularly in the Gospel genre - he decided to pursue, as an interim measure, a degree in Physics and went on to work as a writer of analytical software.

His big break came in January 2010 when a visiting professor from the Royal College of Music in London heard him and offered him encouragement to pursue musical studies. Within a year, Oscar had been accepted at the College. He managed to secure enough money - through his savings and sponsorship - to pay for his first year at the RCM, and the Blair Wilson Award is helping finance his second year.

Oscar says that he loves a wide range of classical singing styles, particularly Leider, Italian and French music, Opera and Oratorio. But on reading about Blair and his musical diversity, he commented:

"Blair's incredible ability to excel in various forms of music is truly commendable ... That he was even able to be the best at musical theatre, swing and jazz is something remarkable and generally unheard of. My teacher mentioned to me recently that as it is getting increasingly difficult for classical singers to make a decent career, it is important to be very good at all genres within the classical realm. Blair is surely someone to look up to."

When I heard Oscar Castellino sing (at an intimate Italian Song Concert at the RCM), it was clear he and Blair had many similarities - both in their singing and in their personalities. Firstly, it was clear from the moment he took to the stage that he loves singing - as Blair did. To be able to bring pleasure to people through the God-given medium of music was something Blair was especially fond of, and it is clear that is a passion that Oscar shares. He also possesses a radiant smile that generates warmth and openness - another Blair Wilson quality. It is very easy to feel at ease in Oscar's presence.

Many of his mannerisms when he performs are reminiscent of Blair too: the way he sings with his whole body, not just his voice or his diaphram, the way he uses gestures and facial expression to carry the meaning of every word and their emotion. And, as he said to me after the Italian Song Concert, he loves an audience - creating a bond with people through beautiful music, beautifully performed.

Though Oscar is slight in stature, he has the most amazing lungs that produce a strength and a range and a purity of voice that makes me feel proud and privileged to be associated with him and his musical studies (and hopefully, his long-term career). None of us will ever hear Blair Wilson sing again sadly (until, God willing, we hear his voice among the celestial choirs!). But hopefully, through this Award in his name and the talent of Oscar Castellino, his legacy will live on.

If you wish to contribute further to the cost of Oscar's studies at the Royal College of Music, please contact me and I will be more than happy to channel your contribution to the Blair Wilson Award.

For the latest news about the Blair Wilson Award and its 2012 recipient, Oscar Castellino, click here.

I lived for art, I lived for love,
I never harmed a living soul!
With a discreet hand
I relieved all misfortunes I encountered.

In this hour of grief,
why, why, Lord,
why do you reward me thus?

I donated jewels to the Madonna's mantle,
and offered songs to the stars and to heaven,
which thus did shine with more beauty.
In this hour of grief,
why, why, Lord,
ah, why do you reward me thus?